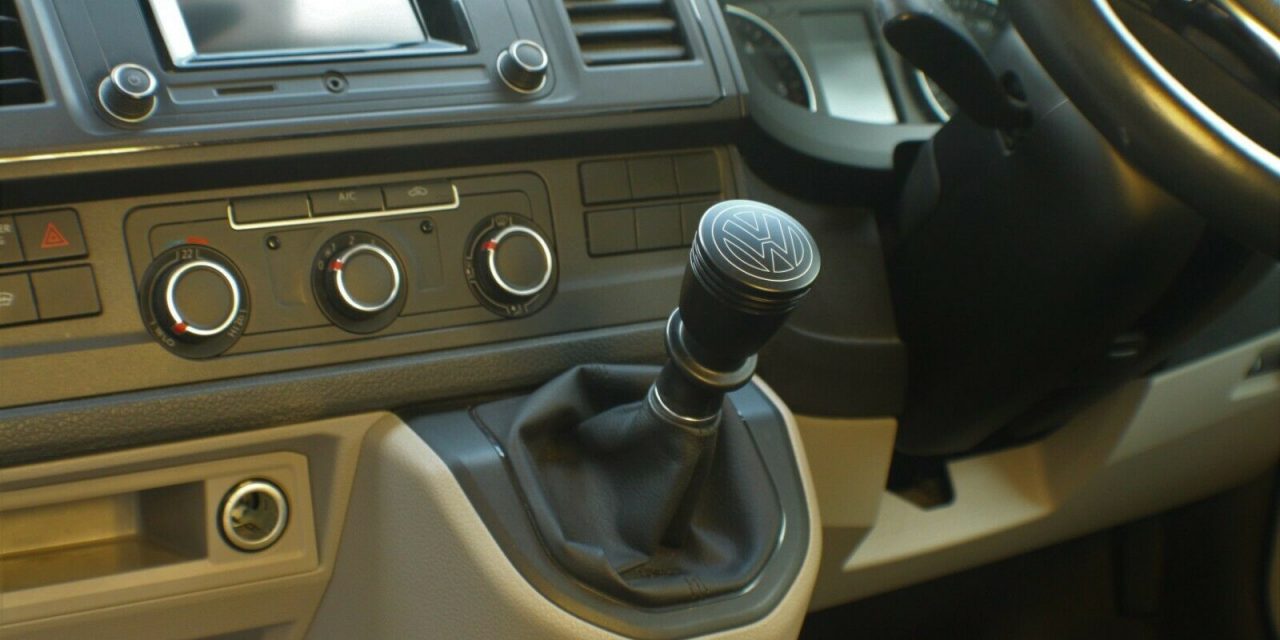 Lets look at the VW Transporter automatic or manual gear box argument. Which is the best option to buy,drive and maintain?

Unsurprisingly the VW Transporter has been sold in both automatic and manual gearbox options over the years. The manual gearboxes are more common and they were typically sold in the base models such as the panel vans and trendline spec Transporters.

A VW Transporter panel van automatic is pretty rare to find especially on older models. If you want an older automatic you are probably looking at a Shuttle, Caravelle or (some) Kombi’s.

The automatic gearbox (which is a DSG Auto in the 2010 + models) is found as standard in the higher specification models such as the Kombi Sportline, Highline, 4 – motion etc.

The automatic gearbox on the pre 2010 model VW transporters were all 6 speed conventional – manufactured in Japan. The later model uses a DSG automatic gearbox and are renowned to be slightly more reliable. Whilst the driving experience is not too disimilar, the MPG and reliability of the DSG is much more favourable.

For those that do not know the difference – DSG gearboxes use a dual-clutch system that pre-selects gears where as the conventional style pre 2010 VW Transporter use a device called a torque converter when changing gears rather than a clutch.

The automatic gearbox has always been an expensive VW add on / or only available in the top specification Transporters. You will therefore find in the UK and Europe that the automatic variants hold a market value slightly higher than the manual equivalants.

This does not nessesarily make them better however, it is a supply and demand issue on the second hand market.

The good thing about the DSG Automatic option is that you can still chose to change gears manually if you desire by switching it to the manual setting on the gear lever. This means the argument “but I like changing gears” kind of doesn’t work to justify getting a manual over an auto Transporter.

There are pro’s and cons to both options which are not really vehicle specific and come down to personal preference. Some people much prefer the easy drive of an automatic, others like the feel of a clutch and gear change.

In terms of reliability and cost there is very little between the two. Both options have consumable items that need replacing such as clutch plates and oil changes. The DSG clutch plates tend to last a little longer than those found in a manual but can wear out quickly with lots of start/stop town driving especially if you have a heavy right foot!

If you are looking at a pre 2010 Transporter especially, make sure that the owners have had relatively regular gearbox oil changes (including a flush). VW, in their wisdom sold them with “oil for life” and did not specifiy changing the gearbox oil under any of their service regimes.

Therefore a lot of conventional automatic gear boxes reach their life expectancy at around 120,000 – an expensive repair which could easily have been avoided with better maintenance.

Whilst the Transporter is renowned to be one of the most reliable vehicles, things do eventually wear out. The main weakness that is known on the Transporters manual gearbox is on higher mile examples the DMFs (dual mass flywheel) are prone to fail.

One thing to be aware of in the UK is that the road tax is higher on the  VW Transporter T5 passenger carrying automatics (Caravelle, Shuttle and most of the Kombi’s) unless you are one of the lucky ones to have a pre 2006 automatic model.

As there are no significant design weaknesses to either the manual or auto option the best thing to do is get a test drive to see which suits you best. The gear changes on both the auto and manual options should be smooth and quiet. Gear selection should be easy and without crunch!

Check that the gear box oil has been regularily changed and on higher mile examples it is worth asking when the clutch plates were last done.