Introduction to the most common faults

This article will explore the VW Caddy reliability and common problems that are associated with owning one.

The VW Caddy is now into it’s third generation and has been going since 1982. Alongside the VW Transporter, the Caddy is reputed to be a reliable and low cost running VW model but like many workhorse vans, the VW Caddy has its share of mechanical faults and problem areas that are worth keeping an eye on.

In many models the Caddy actually shares components with the VW Transporter, including (but not limited to) the highly reliable 1.9TDI engine.

What are the VW Caddy’s most common problems?

The following are the VW Caddy common problems to watch out for when buying or owning a VW Caddy:

How reliable is the VW caddy?

The Caddy has a proven track record in reliability. It is covered by a three-year, 100,000-mile warranty which can be extended to 4 years using the VW extended warranty.

There have been a few recalls for the VW Caddy and it is worth checking your specific model/year on the .gov website (here).

The following list are the most common issues that led to Caddy recalls.

The VW Caddy pre-2010 ran the highly reliable 1.9TDI engine, that was common also to the VW Transporters. It was proven across all the VW vehicles as been a very capable engine that can achieve in excess of 200,000 miles when maintained.

The 1.9TDI was produced in a relatively low state of tune, so it certainly isn’t going to be the fasted van on the road but in terms of reliability you cannot fault it as a fantastic piece of engineering.

The EGR or exhaust gas recirculation valve, as the name suggests, recirculates a portion of the engine’s exhaust gas back to the cylinders.

A faulty EGR can lead to problems in the operation and flow of the entire system causing a drop in acceleration, fuel efficiency, power, and overall performance. The caddy can repeatedly drop into limp mode.

When excess carbon, fuel dirt, or soot particles build up on the EGR valve, the valve can get stuck open or closed. This may happen when most of your driving is in congested urban conditions.

The engine doesn’t heat up enough to get rid of the carbon that is building up. The EGR has a longer life in vans that mostly run fast and long on motorways.

Unfortunately the injectors failing are probably one of the most commonly talked about VW Caddy problems however the 1.6TDI is the most renowned for it.

Most owners would recommend steering clear of this particular model and aim for the 2.0 or 1.9’s. although the 1.6 is often much cheaper to buy second hand.

When the VW Caddy fuel injectors becomes leaky, the fuel efficiency suffers. There is a noticeable increase in smoke from the tailpipe and hesitation during acceleration. Sometimes a symptom will also be the catalytic converter light on the dash and limp mode activated.

A fairly common problem is also with the injector loom it self which has similar symptoms, as these are a lot cheaper to replace than the injectors, it is worth investigating this first.

There are a few possible reasons however one of the reasons could be a failing O-ring where the injector meets the fuel rail. When this ring becomes brittle or hard from the engine’s heat, the injector can break, leaking the fuel.

A lot of the injector faults reported however are electrical issues which is a little harder to diagnose the exact cause. Some claim remapped 1.6TDI’s are the worse for it as well as those that have undergone software updates however there are mixed thoughts on it.

The same can also happen when the injector nozzle or body cracks. This fault happens around 100k miles of running.

Around £ 400 to replace all injectors. Some prefer to get existing injectors refurbished.

The water pump is meant to circulate the coolant and keep the engine cool. It is the key to the working of the entire system. In case of pump failure, the engine overheats and causes damages like burnt pistons, pushed head gaskets, and cracked cylinder heads.

The water pump usually lasts for 60k to 80k miles after which it can fail.

When you find your caddy swerving, bouncing, and oscillating too much; having vibrations in steering wheel; and having a longer stopping distance, it indicates a failure of one or more shock absorbers. This problem will also fail an MOT.

You can simply tell from the noise when the problem becomes severe. It will also result in tires wearing out in an uneven way.

The shock absorbers wear out when you have been driving a lot on bumpy or broken roads. They start leaking once the wearing sets in. Another reason might be the wearing of the bearing ring or the cups.

When this part fails, you see the ABS warning light and sometimes the traction control light along with it.

This happens when the brake system is malfunctioning or if the brake fluid is low. But if the light comes up without any brake issue, either the switch is faulty or there is a sensor system error.

When the water pump and cambelt are faulty, there is a loss of water and a rattling sound in the engine compartment.

Different models have different recommended mileage intervals for the cam belt replacement ranging from 45k up to 80k so make sure you check which one you have and when it should be changed.

Regardless of model however, all VW Caddy’s should have the cam belt and water pump replaced every 4 years if the recommended miles are not reached first.

This is regular wear and tear that happens at 60k – 80k or 4 years of age. The water pump, idler pulleys and tensioner should be  replaced along with the timing belt.

DMF fault results in loud banging and rattle sounds from the bellhousing. This calls for immediate fix which costs a good chunk of money.

DMF failure is mainly caused by excessive heat which in turn is generated by a slipping clutch. If the problem is detected early, the flywheel can be saved by just the clutch replacement.

The vibrations during moving from a stop is an early sign.

The problem is not model specific.

The average DMF replacement cost is around £750-£1,500 in the UK. There could be additional material costs of £100-£400 depending on the severity of the problem.

There is stumbling in the engine and a constant stutter sound when the camshaft starts to fail.

The camshaft fails if you use incorrect engine oil but it usually wears out at about 120k miles.

This is an expensive replacement, costing about £1650

The back box is prone to breaking off from the pipe. This results in more smoke and noise, apart from the rattle it creates by banging against the axle.

The back box is prone to failing in older vans. It is a part of the general wear and tear.

Older models like caddy maxi and caddy maxi life 1.9tdi. But the recent ones with 1.6 engine have also reported this problem.

The back box costs about £35. For full installation by a garage the total cost comes out to be around £120.

One of the fairly common VW Caddy problems is a fault in the switch or sensor of the sliding door triggers false alarms of an open door.

You may keep getting the nagging alerts even if you open and shut it firmly multiple times. The alert is more frequent on bumpy roads.

The switch, located on the pillar, is usually broken when the slider is slammed too much. This effects the interior wiring right upto the sensor.

Sensors are only around £20 to buy (here on eBay) and an easy fit. How To Convert A Van Into A Camper 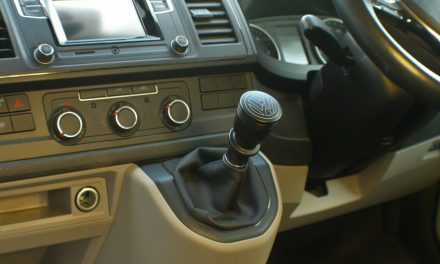